“It all sounds very abstract, I know. But for me, it comes down to this: moral fiction is not fiction that affirms your ideology about power systems and oppression. It does not make you feel like a good and righteous person. It may have no lessons for you to tweet about or put on Instagram or explain readily, wittily at dinner parties. You can’t wear it like a hair shirt and you can’t always articulate its particular force or power upon you. Moral art is, I think, hard to describe. Instable. It is art that implicates and complicates your notions of good and bad. Moral art may call you a liar to your face. It reveals the shallowness of your thought. It challenges you, but not in the way of an all-fiber diet. In the way gravity challenges you. In the way the thin air at the top of a mountain challenges you. In the way the pressure of the deep seas challenges you. Moral does not mean good or lawful. Moral means true. Moral means you take your finger off the scale.

“To make moral art, moral fiction, is to get out of the way. To make moral art is to admit one’s humble place in the order of things. I think moral fiction is less about signaling to the reader that you voted for the right people or that you are able to listen to people who would have you destroyed. Moral fiction does not signal. That is propaganda. That is social work. Not that these are unimportant things, but they are not art. And they are not moral.”

Catullus Sails to China, Four Poems by John Yau (thanks to John Madera who published them in Big Other in 2019 and posted this link in Small Press News on the poet's birthday)

Fascinating conversation with the author of the forthcoming short Roth biography in the Yale Jewish Lives series:

This past winter I was one of 30 judges of the National Book Critics Circle’s John Leonard Prize for a first book. In March NBCC announced that the book I voted for, Luster by Raven Leilani, won the Leonard Prize. One of my fellow judges, Natalie Bakopoulos says, “On behalf of the NBCC membership, we are honored and delighted to present the John Leonard Prize to Raven Leilani for her brilliant novel, Luster. Luster’s artistry, wit, and narrative surprises make it a tremendous achievement, and its tender and raucous prose mirrors the narrator’s tender and raucous self.” Leonard judge Adam Dalva adds, “Luster is a compulsive book—compulsive to read, with compulsive, complex characters—that brilliantly captures the essence of its lead, Edie. She is a wonderfully depicted swirl of painting, video games, and longing.”

Other 2020 NBCC winners include Nicole R. Fleetwood, who won the criticism award for Marking Time: Art in the Age of Mass Incarceration (Harvard Univ. Press). Committee chair J. Howard Rosier calls the book “Profoundly revisionist,” as it “identifies the conditions under which incarcerated persons create art and taxonomizes its making.”

francine j. harris was awarded the poetry prize for Here Is the Sweet Hand (Farrar, Straus and Giroux), which, judge Megan Labrise says, gives the reader a “gentle caress, a gut punch, a come-hither curved finger, a rib-tickler, and a stop-sign palm,” sometimes “all five at once.” By “exploring femininity, blackness, queerness, nature, and institutions (political, academic, and disciplinary),” Labrise says, these poems “have the power to move.”

The winner in the fiction category is Hamnet by Maggie O’Farrell (Knopf), in which the author imagines Shakespeare’s son Hamnet’s death from bubonic plague, lonely and agonizing yet marked by courage. O’Farrell “brings the boy so vividly to life the reader is stricken by his loss,” says judge Colette Bancroft.

The biography prize went to Stranger in the Shogun’s City: A Japanese Woman and Her World by Amy Stanley (Scribner). “Through the life of one persistent, defiant woman, Amy Stanley reveals the sweep of 19th century Japan, how the tiny fishing village of Edo became the global city Tokyo,” says committee chair Elizabeth Taylor.

Nonfiction recipient Tom Zoellner’s Island on Fire: The Revolt That Ended Slavery in the British Empire (Harvard Univ. Press) “engagingly excavates shrouded history,” says judge Carlin Romano, to show how “heroic Jamaican freedom fighters catalyzed the end of slavery in the British Empire,” and in the process “restores these martyrs to their rightful place in the pantheon of justice.”

The recipient of the 2020 Nona Balakian Citation for Excellence in Reviewing, given to an NBCC member for exceptional critical work, was Jo Livingstone, culture staff writer at the New Republic, where they primarily contribute book criticism in addition to film and music coverage. Their writing has also recently appeared in the New York Times, the Times Literary Supplement, and Bookforum. Committee chair Colette Bancroft says, “Livingstone submitted a collection of three reviews of books that ranged from Samantha Irby’s earthy and hilarious personal essays to Christopher Chitty’s deeply researched history of the relationship between sexuality and capital, with a bounce into the thorny autofiction of the latest Martin Amis novel. In each case Livingstone brought to bear keen intelligence, wide-ranging knowledge, surprising perceptions and beautiful writing.”

The recipient of the Ivan Sandrof Lifetime Achievement Award was The Feminist Press. For 50 years, the Feminist Press has been at the forefront of activism for women’s equality. The Feminist Press started by publishing influential works that had been out of print, including, crucially, Charlotte Perkins Gilman’s The Yellow Wall-Paper, now widely considered a classic of American literature. Over the years, they’ve published books by Anita Hill, Grace Paley, Barbara Ehrenreich, and Pussy Riot. They also publish Women’s Studies Quarterly, the influential journal that was established by the press in 1972. They remain on the vanguard of the feminist movement, and continue to publish essential works of American and international literature, including recent critically acclaimed books by Emily Hashimoto and Juliana Delgado Lopera, an unearthed classic by Harlem Renaissance writer Dorothy West, and one of this year’s finalists in the NBCC’s criticism category, Grieving by Cristina Rivera Garza. Committee chair Michael Schaub says: “[The Press’s] mission statement reads, ‘Celebrating our legacy, we lift up insurgent and marginalized voices from around the world to build a more just future,’ and that’s exactly what they’ve done. Their literature over the past five decades has made the world a better place for everyone.”

It turns out only one of the six books I nominated for the 2020 National Book Critics Circle's John Leonard Prize for a first book is a finalist (some years none of my nominees make it to the next round), and that book is Luster by Raven Leilani. This year there are seven finalists for Leonard Prize; Luster and the other six are listed in the following link as are the other 2020 NBCC awards finalists. This year I am a judge for the Leonard Prize and have read six of the seven finalists and am 2/3 through the seventh. I have until the beginning of March to decide which title will get my vote. #nationalbookcriticscircle Bookcritics.org #bookawards #johnleonardprize

13 days ago as a National Book Critics Circle voting member I
submitted my ballot on which I nominated six first books for
NBCC’s John Leonard Prize for a First Book. Any book published
in 2020 that is its author’s first published book is eligible. This
year I read 36 first books of varying genres, but all six books I
nominated are debut novels (in previous years I’ve also nominated
poetry, short story, essay collections and memoirs for the Leonard Prize). Here
are my picks in alphabetical order by author’s surname:

These Ghosts Are Family by Maisy Card

Topics of Conversation by Miranda Popkey

The Lost Book of Adana Moreau by Michael Zapata 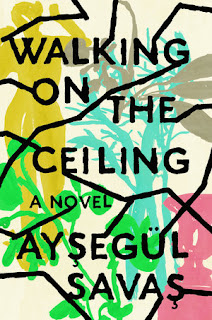 As a voting National Book Critics Circle member I cast my ballot (electronically) last week nominating five 2019 first books for the John Leonard Prize. Any eligible 2019 first book that gets 20% of the member votes will become a finalist. My five include two debut short story collections and three debut novels:

The two debut short story collections are about young adults from marginalized communities: black, Latinx, and/or lgbtq Houston residentss in Lot by Bryan Washington, and Indian, Indian-American, and/or lgbtq characters in America and India both in the present day and earlier eras in White Dancing Elephants by Chaya Bhuvaneswar.

Ayşegül Savaş's debut novel Walking on the Ceiling features its first person narrator's interior monologue set mostly in Paris where she moves following her mother's passing but also in her native Istanbul from which she grows increasingly distant and disconnected the longer she lives in Paris, and as the political situation at home makes a return risky.

The other two debut novels also feature young women who run away as a response to grief for a parent. In Madhuri Vijay's The Far Field a young Bangalore woman with a post-graduate degree and a coveted job in a technology company leaves all that (and her father) behind to travel to the Indian part of Kashmir that is under martial law hoping to find the Kashmiri door to door salesman whom her late mother befriended. In Amanda Goldblatt's Hard Mouth the first person narrator is a lab technician in the Washington, DC suburbs who overcome by her terminally ill father's final illness flees to a remote mountaintop cabin, and the novel's most engaging section becomes a wilderness survival story.

Lot and The Far Field have decent chances of becoming finalists. The other three books probably are not on enough of my fellow critics' radars.

All previous Leonard Prize winners have been works of prose fiction. Other 2019 debut fiction books I recommend include:

Such Good Work by Johannes Lichtman

The Old Drift by Namwali Serpell

The Falconer by Dana Czapnik

To Keep the Sun Alive by Rabeah Ghaffari

The Unpassing by Chia-Chia Lin

The Expectations by Alexander Tilney

Fleishman Is In Trouble by Taffy Brodesser-Akner


Crossposted from Dreamwidth where my user name is the same as it is here.

This is a Davar Torah or sermon (click on link) I gave at Park Slope Jewish Center during Shabbat morning services on June 22, 2019, which was my brother Robert's 26th yahrzeit (death anniversary) on the Jewish calendar. I gave a shorter version of the same talk at AltShul two weeks earlier. 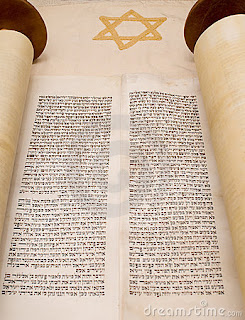 Crossposted from Dreamwidth where my user name is the same as it is here.

The Diaries of Lea Goldberg translated by Tsipi Keller. The Hebrew poet's
travelogue of her 1937 trip to Italy

If you like travel blogs by poets try this one by National Poetry Series
winner Karen Swenson.

Crossposted from Dreamwidth where my user name is the same as it is here.

I'm taking a break from reading and reviewing new books to catch up with some old ones on my TBR list. I'm also trying to improve my Hebrew and am currently reading and enjoying the Hebrew edition of Ya'akov Shabtai's unfinished last novel סוף דבר (published in English as Past Perfect). 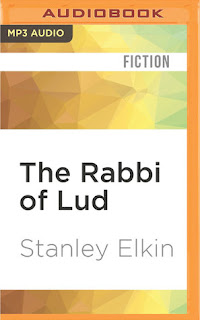 Crossposted from Dreamwidth where my user name is the same as it is here.
Collapse